The first regattas were held in 1862, encouraged by Prince Charles III who wanted his country to be a showcase for yachting and technological innovation. The Société des Régates de Monaco was established in 1888 by a group of men passionate about sailing and rowing who from 1889 attracted famous international regattas. Prince Albert I inherited this passion for the sea and would go on to become an early pioneer of modern oceanography and a famous navigator, who would inaugurate the Oceanographic Museum in March 1912. 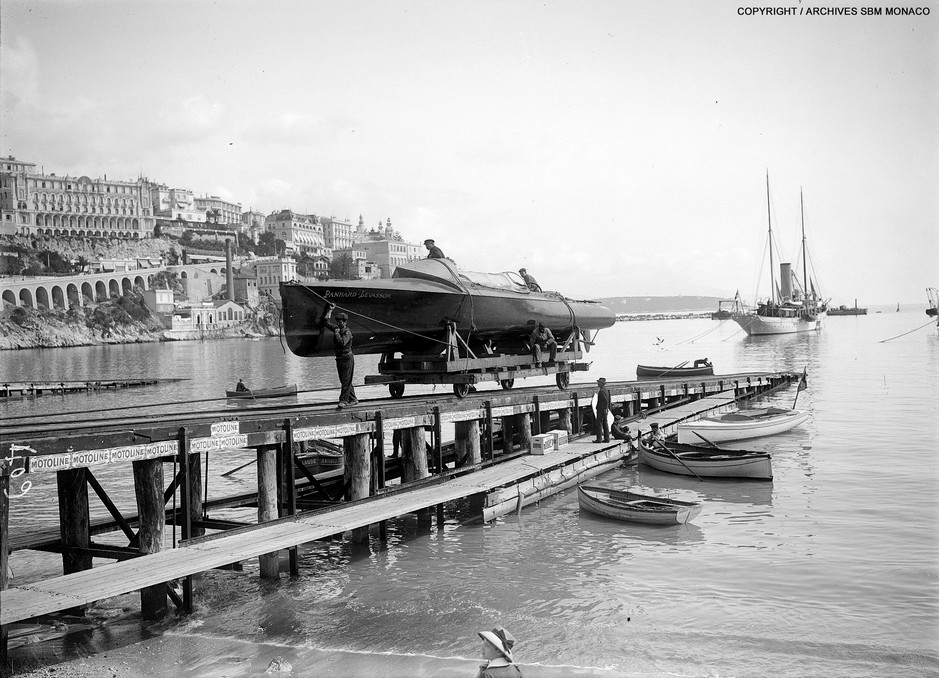 In 1904, the SBM launched the Exhibition and International Motorboat Meeting where leading car manufacturers tested their new engines, as road races were banned because they caused too many fatalities. All the big yachts flocked to the Principality to be privileged spectators of these exceptional gatherings. Within a few years, Monaco had become the centre of the world when it came to innovation and fashionable water sports 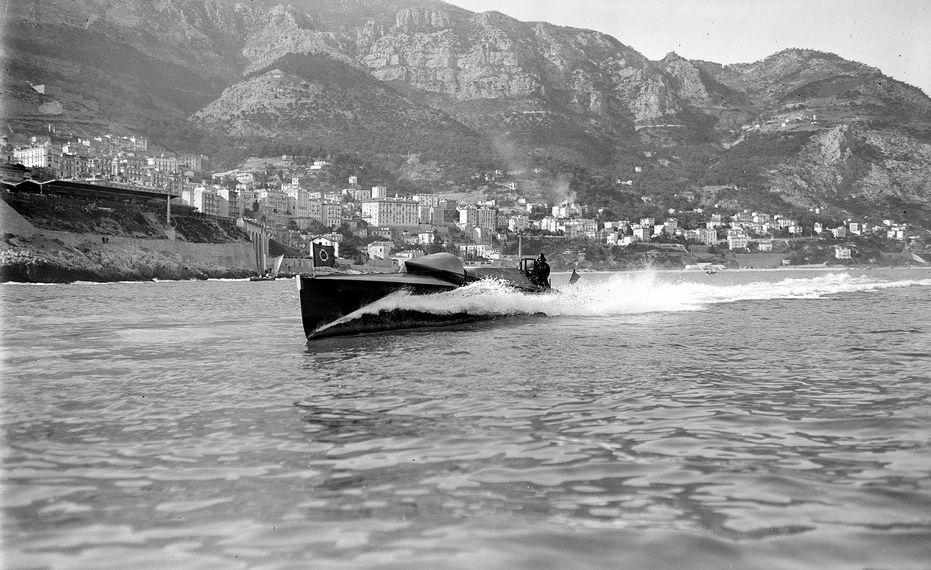 In 1953, Prince Rainier III, a true visionary in every respect, was thinking beyond the sporting aspect. Keen for the Principality to have a yacht club like those he had visited when cruising on his boats, and convinced that “the future of Monaco lies with the sea,” he wanted to develop a structure capable of attracting and retaining the loyalty of the yachting fraternity worldwide.

As a result the Yacht Club de Monaco was established, the desire being that this Club “fulfil its mission as a link between people who love the sea, that it serves the interests of tourism and promotion of Monte-Carlo, and that at home and abroad fosters only affection and friends.” The defining focus of the Sovereign’s vision for the Yacht Club was that it be a key element in the future development of the port and tourism in the Principality.

On 17th June 1953, a Constitutive Assembly was held in the International Hydrographic Bureau’s premises and Prince Rainier agreed to be the Club’s president. 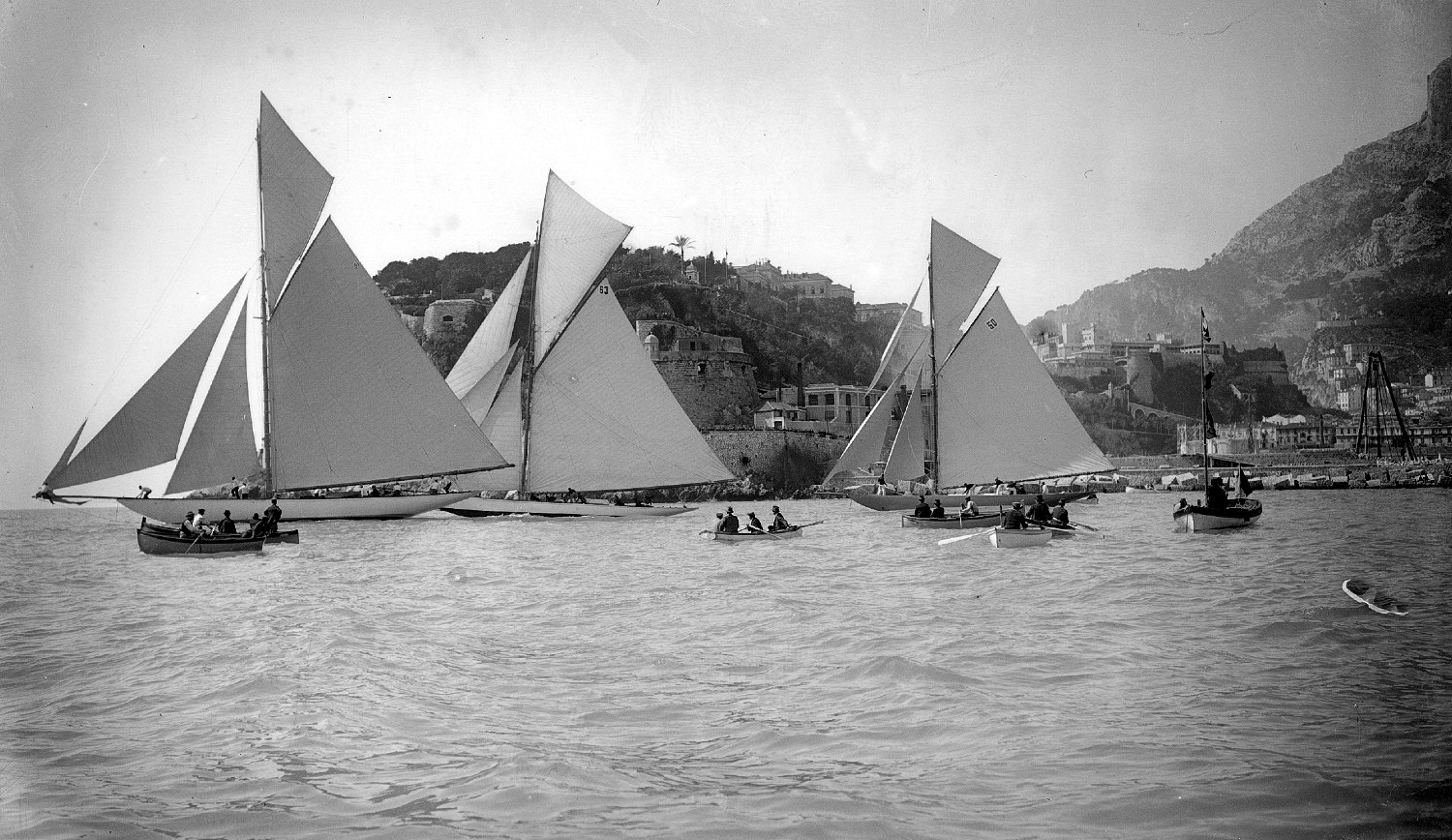 From 1954, the Yacht Club de Monaco re-launched the motorboat meetings, organised international events as well as many other activities (big game fishing, scuba-diving…), while training generations of sailors at the Sailing School set up in 1957. The result of all these events was a 50% increase in boats frequenting the harbour. In 1959, this ‘Builder Prince’ also encouraged Carlo Riva to build the first dry port and floating pontoons, and several decades later in 2002 was behind the semi-floating harbour wall, all of which have had a significant impact on the economy of a country that looks to the sea for its future prosperity. 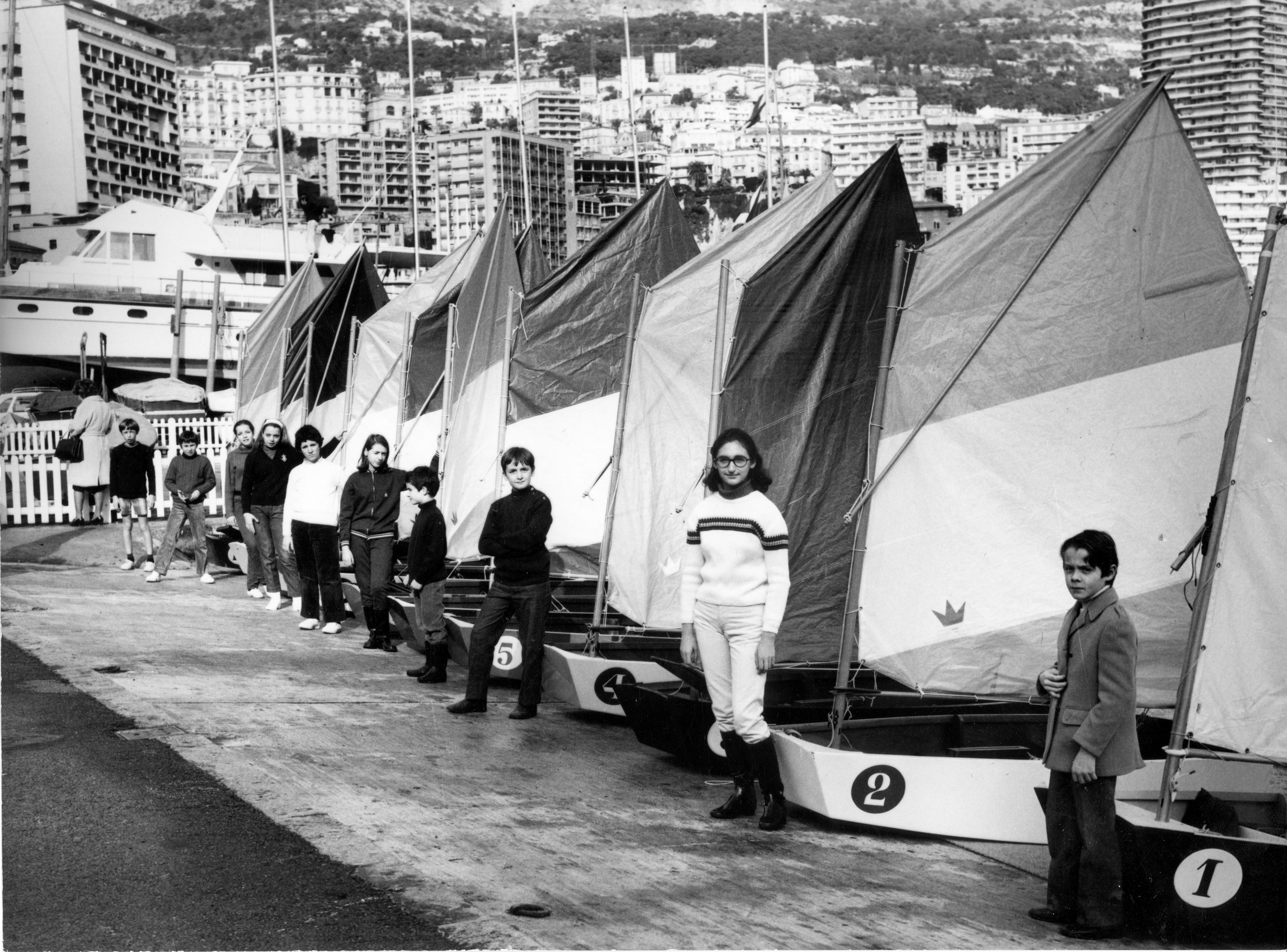 In April 1984, HSH Prince Albert II was appointed by his father Prince Rainier III to assume the role of President of the Yacht Club de Monaco. Already very involved in the life of the Club, the Prince immediately set about developing the YCM’s sporting side, strengthening the training structure for young sailors and introducing new international-scale events. The first year of his presidency saw the Primo Cup launched, which would go on to become a major fixture in the Mediterranean’s one-design calendar, the Monaco-New York transatlantic race with the participation of the Biotonus-YCM team, and the Formula 40’ Grand Prix.

Convinced that understanding the past is the key to building the future, HSH Prince Albert II was also keen for there to be a focus on traditional yachting, which led to the organisation in 1994 of the first Monaco Classic Week; launch of a classic and vintage yacht regatta circuit, the Prada Challenge for Classic Yachts which it coordinated for five years; and of course the purchase of Tuiga in 1995, the YCM’s flagship. 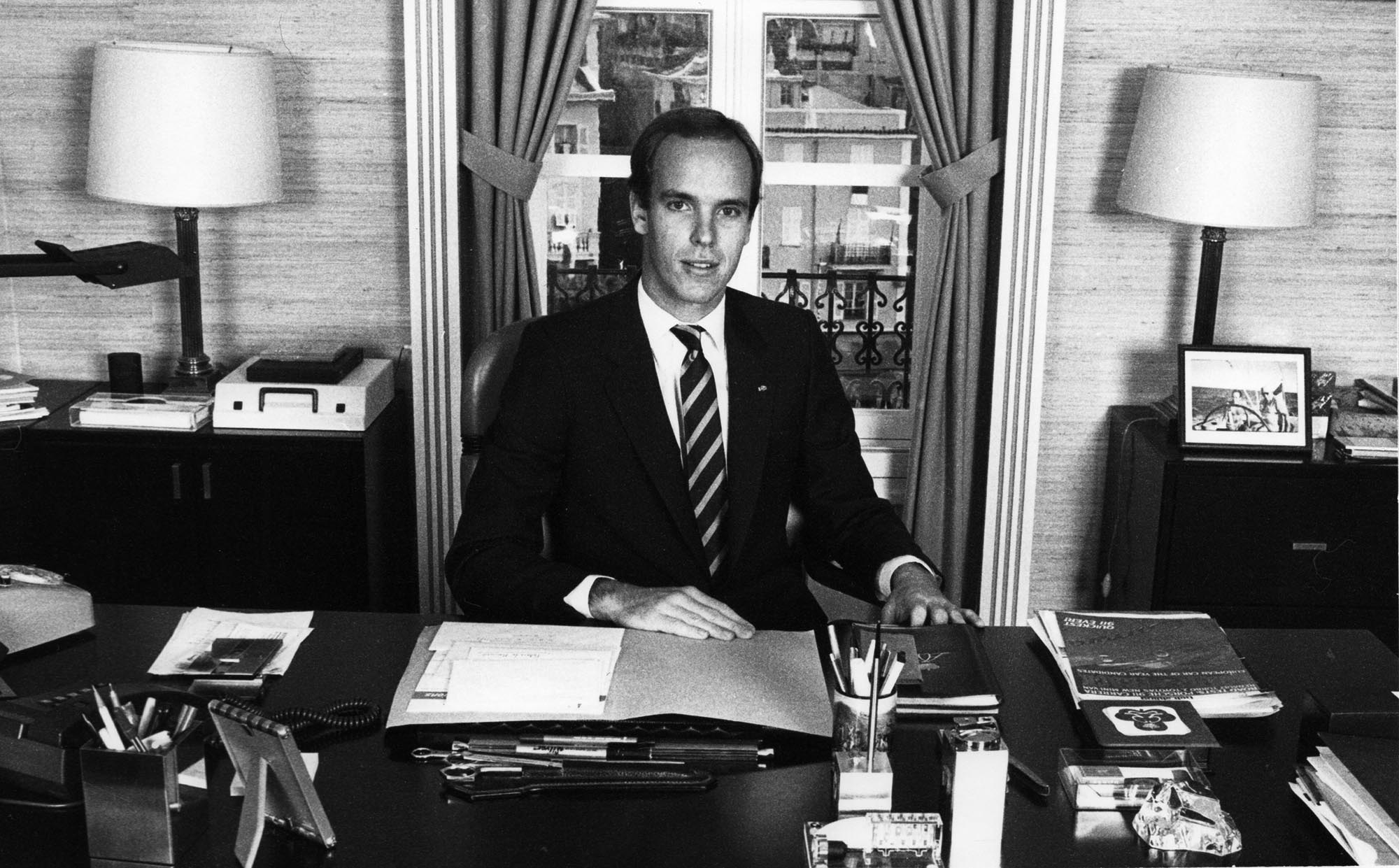 In 2005, the President launched the La Belle Classe label to unite owners around a Charter promoting essential values: respect for etiquette, protecting the environment, preserving our maritime heritage and encouraging innovation in the superyacht sector, with the desire to support new destinations wanting to establish Yacht Clubs across the world. 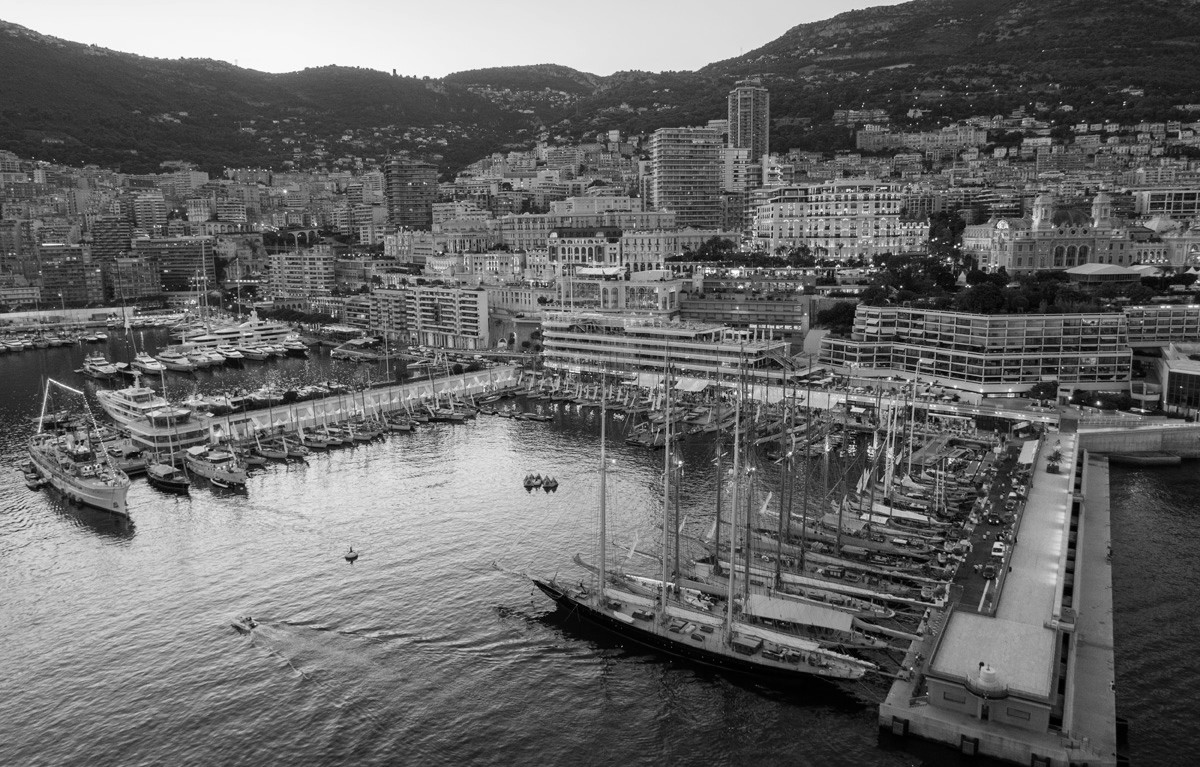 On 20th June 2014, the Yacht Club turned a new page in its history with the opening of a new Clubhouse in a building designed by Lord Foster. In line with Sovereign’s wishes, this superb showcase for the sector in Monaco led to the creation of the Cluster ‘Yachting Monaco’ to affirm the Principality’s position as luxury yachting’s world capital.