The Best of Britannia by Dougal Henshall 2 Nov 12:00 GMT

Although the UK has never won the America's Cup, the waters of the Solent, on the coast of Southern England, are richly intertwined with the romance that goes hand in hand with trying to win what many see as the 'toughest prize in sport'. Yet for all the glitz and glamour that surrounds the Cup, there is also a darker side that runs through the many challenges, that ties together both the boats and the people, with allegations of cheating, of fortunes spent without success and of bitter disappointment.

Yet it would be so wrong to dismiss all of the UK's previous challenges as 'doomed to failure', but at the same time, too many attempts have been dogged by lack of funds, personality issues or just being behind the curve of development, or sometimes even, 'all of the above'. Thankfully, the INEOS Team, now gearing up for competition out in Auckland, can happily say that our latest challenge suffers from 'none of the above' and what is more, they have even taken on the talisman of the name of what has to be one of our greatest yachts from past history, the Britannia. 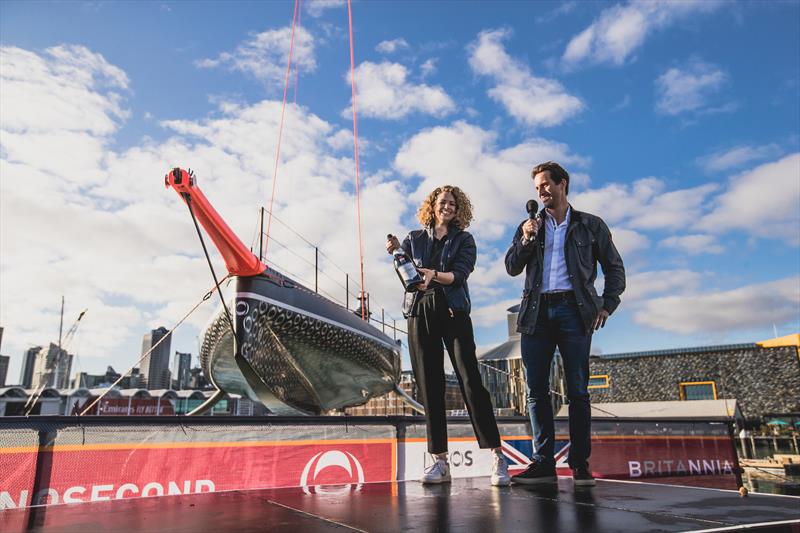 The name certainly conjures up plenty of jingoistic pride, with the assumption that this refers to the song that gets belted out each year at the last night of the Proms, but actually Britannia, the lady with the trident and the shield, refers to a Roman goddess hailing from the 2nd century. The emphasis would change during the era known as the 'English Renaissance', a 200 year period that started during the late 15th century, in which many of the foundations were laid for the current English identity that we have today. 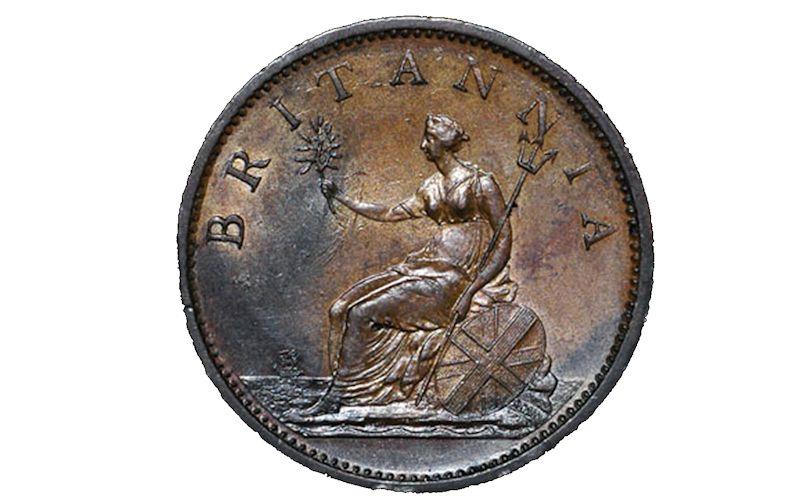 It may no longer be 'Cool Britannia' to have this image on our coins and banknotes as few people today would understand the major significance of the 'icon'. But back at a time when the country was struggling to create an identity, Britannia, sat on her throne, was a potent image - photo © The Royal Mint

With the image of Britannia, sat on her throne and ruling the waves, appearing on coins from 1672 onwards (and on banknotes from 1855) the term was rich in regal connections, as was thus a name for a boat that was 'worthy of a king'. That said, the boat was commissioned for an owner who was in fact a King in waiting, for in the early 1890s Albert Edward was still the Prince of Wales.

This was the era of the Big Boat class, a glamorous, almost F1 like series of race meetings that would take place at popular venues around the coast. This chimed in perfectly with the growth of both the railways and the readily accessible newspapers, that together fuelled a massive surge of interest amongst the general public. 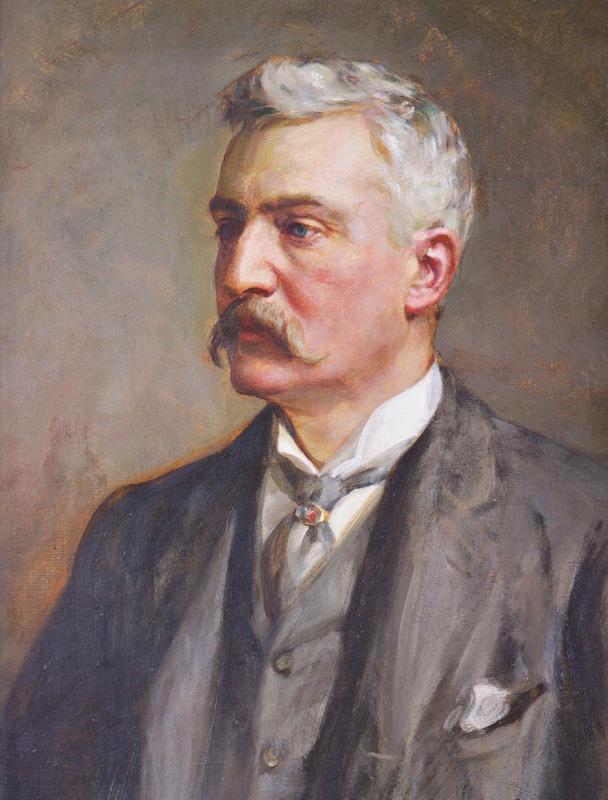 After spending time in America looking at their advanced thinking on yacht design, George Lennox Watson would return to Glasgow, set up a yacht design office and in doing so, would change the shape of UK racing yachts - photo © Glasgow History

With the boats owned by some of the most well-known personalities high society, the crowds were now able to flock in great numbers to the events, with the helms being something of celebrities of the day, though little attention was paid to the 40+ members of the crew as these were considered to be mere paid hands.

It was only natural that Edward, the Prince of Wales wanted the best yacht, which could mean only one thing, a boat from the drawing board of Scottish naval architect George Lennox Watson, who in Glasgow had set up the world's first design office focused on yachts.

For nearly 20 years Watson had cemented his reputation for designing yachts that were winners both out on the racecourse and in the appearances stakes. The news that not one but two identical boats were being built at the David Henderson boatyard at Partick, on the Clyde, attracted a great deal of interest, as side by side with the yacht for the Prince of Wales would be a near sister ship for Lord Dunraven.

The hulls would be laid up with wooden planks on iron frames, with their 100ft + hulls being balanced by many tons of ballast in the beautifully shaped deep keel. Aloft, the towering rigs would carry over 10,000 sq.ft of sail, though perhaps the most striking features of the new Watson hulls would be the shapely profiles of the 'spoon' bows. 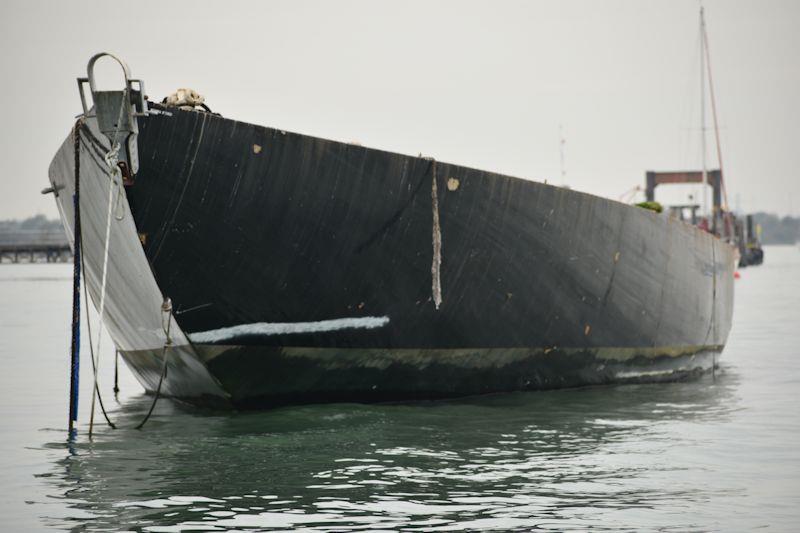 The Prince of Wales would launch his boat first, in early 1893, with his yacht being christened Britannia, with Lord Dunraven, not wanting to upstage the future monarch, launching Valkyrie II a week later. From the outset the two boats would set the benchmark for performance, with Valkyrie II quickly gaining a reputation for being 'a demon in light airs but a devil in a blow'!

The two sisters would soon part company, as Valkyrie II was prepared for her transatlantic crossing to challenge the American yacht Vigilant for the America's Cup (back then the Deed of Gift for the Cup stipulated that any challenger had to arrive 'on her own keel' - no shrink wrapped air freight back then!) but Britannia would stay on the domestic circuit, based at Cowes on the Isle of Wight, taking 33 wins from 43 starts in her first season. 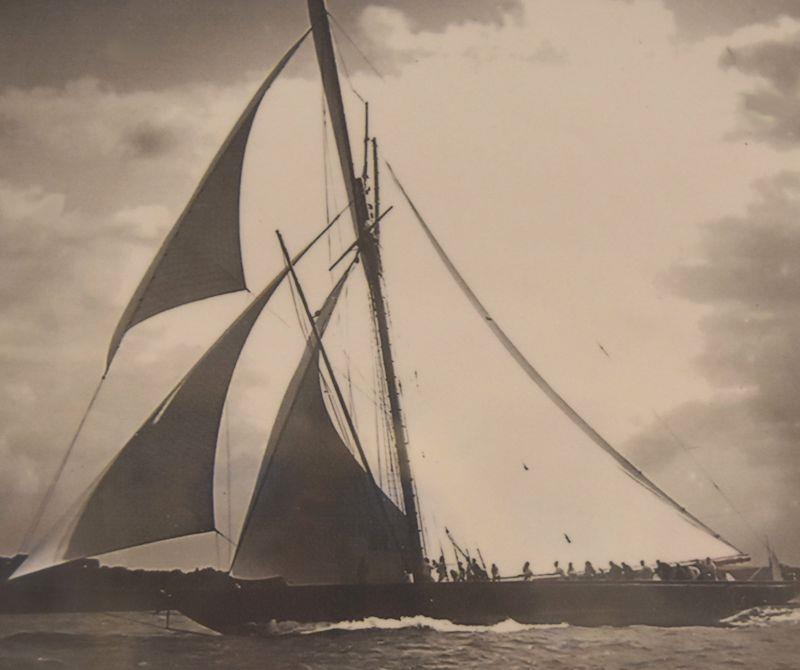 Britannia fully powered up under her original (pre-J Class) rig in 1894. Given the proximity of the shoreline to leeward, it is a fair deduction that they have just 'handed' the spinnaker and are now retrieving the spinnaker pole - photo © Isle of Wight Maritime Museum

After her unsuccessful challenge, Valkyrie II would return to the UK circuit, only to get rammed by another yacht in a start line collision, before sinking in just three minutes. Meanwhile, Britannia would go from strength to strength, beating all comers, including Vigilant, who had come across to the UK to partake in that season's racing. There was some talk that Britannia should have competed herself for the America's Cup, but an issue with her rating would intervene and the challenge was never issued.

In the following years, the high levels of interest in the 'big boat' series would start tailing off and with the death of Queen Victoria in 1901, Albert Edward, now King Edward VII would be occupied with the affairs of state. Britannia would then move into private ownership and apart from a spell as a tuning partner for the Shamrock challenge for the Cup, she was re-rigged and used as a fast cruiser.

Edward's reign would last less than a decade, before he was superseded by King George V, who took Britannia back as a 'royal yacht', intending to once again see her active on the racing circuit. The four years of war were a bad time for the 'Big Boat' class, with many being broken up, as the lead in their keels was needed to make bullets and the copper sheathing on the hulls used in the making of shell cases. Part of that darker side of the story emerges here, for at low water springs at Wotton Creek, on the eastern side of the Isle of Wight, the keel bolts of a couple of the 'Big Boats' can still be seen, the last remaining remnants of these majestic yachts.

With the world back at peace, King George V refitted Britannia and with an improved rig, she was once again a successful competitor on the coastal courses. The 1930s would see the arrival of the J Class yachts, with Britannia undergoing her final major change that saw her stepping a Bermudian rig, but her age was beginning to tell against her, with her performance falling behind that of the newer, faster boats. Nevertheless, by the time she retired from competition in 1935 she had won an amazing 231, plus another 129 podium places races in a career that spanned 42 years and 635 races.

Her retirement though would be brief, as the following year King George V would also die, leaving a stipulation in his will that his beloved Britannia should be taken out and scuttled following his death. 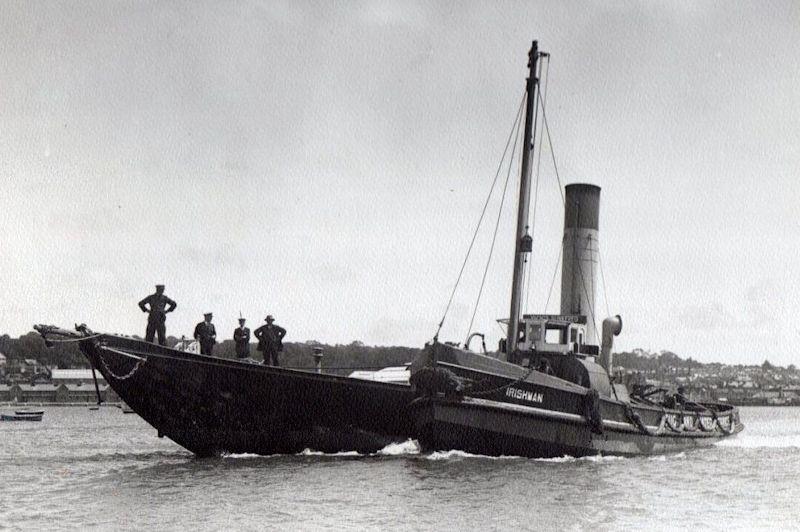 A sad, but understandable end for a proud Britannia, as, stripped of spars and anything of value, she is taken on her final voyage around to the south of the Isle of Wight - photo © K1 Britannia Cowes

On the 10th July 1936, the bare hull, with all her spars removed, was towed around to the back of the Isle of Wight, to the deep waters off St. Catherine's Point, where a Royal Navy team, who had laid charges in her bilges, set them off to sink the hull. It may well be that there was a final twist in the sinking, with one popular version being that although the heavy hull sank without trace, her wooden decks broke free and had to be destroyed by the Navy!

Less than eighteen years later, the name Britannia would again be gracing the waters afloat, this time as the Royal Yacht, but bearing that name. The new Britannia would have a tangible link to the old, courtesy of the ships wheel that had been saved from the yacht before she was scuttled. Like her predecessor, the Royal Yacht Britannia would enjoy a long career, this time one of 43 years, in which she steamed for more than a million miles before being retired to become a popular visitor attraction in Leith, on the Firth of Forth.